For centuries, man’s imagination has been inspired by technical developments. Not only Jules Verne (1828-1905) anticipated many technical innovations in his novels, but also in recent times the technical possibilities have inspired the genre of science fiction, especially nanotechnology. When the physicist and Nobel laureate Richard Feynman gave his famous lecture on matter “There is plenty of room at the bottom” (external Link to PDF ) in 1959, referring to the atomic world of matter, he had already indicated that much would be possible. As an example: the whole Encyclopedia Britannica can be placed on the head of a pin if it were written in letters from single atoms. 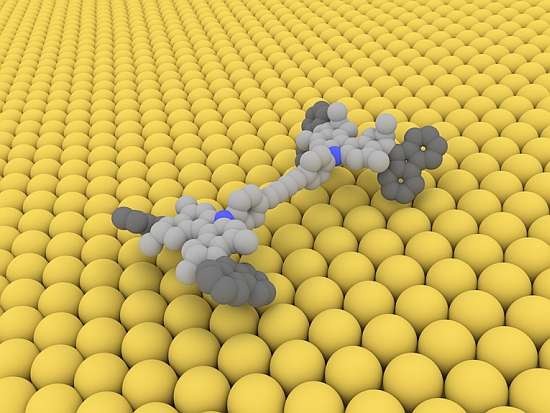 The smallest car in the world is 5nm in size. It cannot move independently and needs the supply of electrons from outside to move. (Image source: Empa)

This already opened the door to fantasy and today hardly any film in cinemas can do without nanotechnology. This already started about 50 years ago: in the movie “Fantastic Voyage” from 1966 an entire team of medical doctors was shrunk to micro size and saved a famous scientist with nanoscale instruments as they removed a blood clot in his brain. Today, for example, it is already possible to treat inoperable tumours in the brain with nanoparticles (Magforce nanoparticle tumour therapy). But nanotechnology really became part of literature and the film industry when the idea of nanomachines, so-called nanobots, was born. Nanobots, also known as nanorobots or nanites, are miniaturized robots.

Meanwhile many movies included these nanobots in their stories such as «Seven of Nine in Star Trek: Voyager», «Innerspace», «I Robot», «Hulk», «Iron Man», «Terminator 3», «G.I. Joe – The Rise of Cobra», «Ghost in a Shell», or «The Avengers – Infinity War». Nanobots even were chasing humans in the novel Prey by Michael Crichton in 2002. But Crichton mixed two important things: the term “nanobot” and the term “assembler”. While the nanobot is in principle a miniaturized robot that should be able to do certain things, the assembler can build new structures and, if he knows the right blueprint, multiply himself. If one brings both ideas together, then the thought of the so-called Grey Goo arises, which extinguishes all life on earth, because the small nanite assemblers themselves multiply uncontrolled.

On a scientific level this discussion was essentially fought out by the visionary Erik Drexler and the Nobel laureate Richard Smalley. Both had controversial opinions on the functioning of nanomachines. Erik Drexler claimed that nanomachines can be developed on a very small level of only several nanometres and work properly. These could then be assembled in such a way that they can move like an organism and do different things, depending on the equipment. As soon as you add a mechanism that enables these smallest nanobots to reproduce themselves, i.e. to build themselves, they would be assemblers. Richard Smalley, on the other hand, argued differently that these tiny machines would not work because the so-called Van-der-Waals-Forces between the atoms did not allow the machine parts to move.

This discussion ended when Erik Drexler had to confess that Richard Smalley was probably right: Small machines can only be made to move with enormous effort. The gravitational forces between matter are so great that they do not allow independent nanobots and certainly not assemblers in this small size. Therefore, the energy source required would be so enormous that it would no longer be a matter of nanostructures, but of micro- or millimeter-sized structures.

What is technically required to build a nanobot?

Firstly, a shell is required to put everything inside. as well as a musculoskeletal system with muscles and joints, namely motors. Furthermore, an energy source is needed to operate the machines. 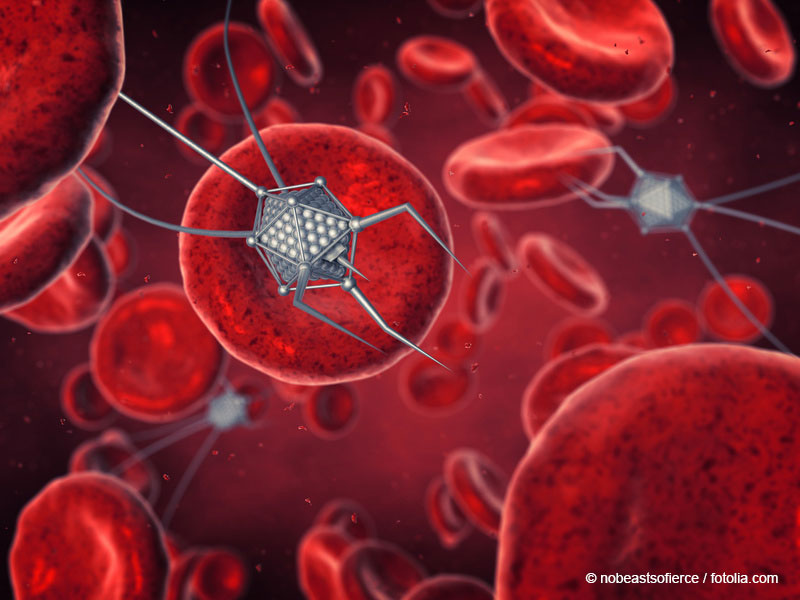 In addition, sensors are needed to detect the environment and to be able to carry out movements precisely. Finally, the nanobots should do something. e.g. recognize and kill a cancer cell in our body or transport a drug to the target organ. We also need equipment for this. All in all, so many atoms and molecules of different types are needed that there would not be enough space in a nanoparticle. All this can only be assembled on a larger scale. So the idea of real nanobots would probably be too utopian. But couldn’t we be satisfied with parts of the equipment in order to achieve certain goals?

An example of this is a study by the Chinese Academy of Sciences. In this work a nanorobot was built from DNA, which is called DNA-Origami. DNA is a pure building material that is artificially produced and does not fulfil any biological function. The individual building blocks of DNA, the bases, are constructed in such a way that a new structure is created. This study deals with a blood coagulating agent that leads to clogging of a blood vessel that supplies a cancerous ulcer with nutrients. The ulcer dies because it is no longer sufficiently supplied [1]. In principle, these DNA nanorobots consist of three elements: a mobile shell (made of DNA building blocks), a filling (the coagulation factor) and a sensor (a protein that recognizes tumor cells). However, they can only accomplish this task, neither they can reproduce nor actively move. It is possible that there will be many more possibilities to use such tiny units in the body. In the meantime, at the ETH Zuerich a new academic course on Nanorobotics has been established for students.

It is therefore conceivable that small machines could be developed, which in principle could also have harmful effects. However, nanobots capable of reproduction (“grey goo”) are a utopia and will probably never become reality.