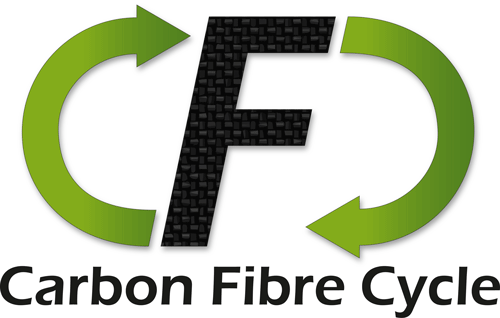 Carbon fibres (CF) and carbon fibre-reinforced plastics (CFRP) are indispensable as innovative materials in key technologies such as aircraft construction, vehicle construction and regenerative energy generation. The application-related manufacturing and processing allows to specifically equipping CFRP components with the required physical and chemical properties resulting in a wide range of applications.

Since the production of Carbon fibres and carbon fibre-reinforced plastics is very energy- and cost-intensive, the aim is to recycle the fibres. Pyrolysis of carbon fibre-reinforced plastics components has established itself as the commercially available technology so far. Often, this requires mechanical comminution of the components like shredding, which means that the available fibre length of recycled carbon fibres (rCF) is significantly shorter than the length of the original fibre and can therefore no longer be used in high-performance applications. Therefore, recycled carbon fibres are used as nonwovens and fillers in other materials or in consumer products.The disposal of the fibres at the end of their life cycle has not yet been clarified either, as the residence times of the fibres in municipal waste incineration plants and hazardous waste incineration plants are not sufficient to thermally degrade the fibres completely.

In general, the increasing applications of carbon fibre-reinforced plastics based products and the associated increase in production and processing steps as well as recycling and disposal processes can lead to the release of respirable, bioresistant fibre fragments and thus raise questions about the extent to which the fine dusts emitted in this way have an impact on humans and the environment.

The aim of the CarbonFibreCycle project is to identify realistic release scenarios over the entire life cycle and to carry out toxicological assessments of the released respirable dusts and fibres. From this, recommendations for the safe handling of these materials in production, processing, recycling and disposal are to be derived. 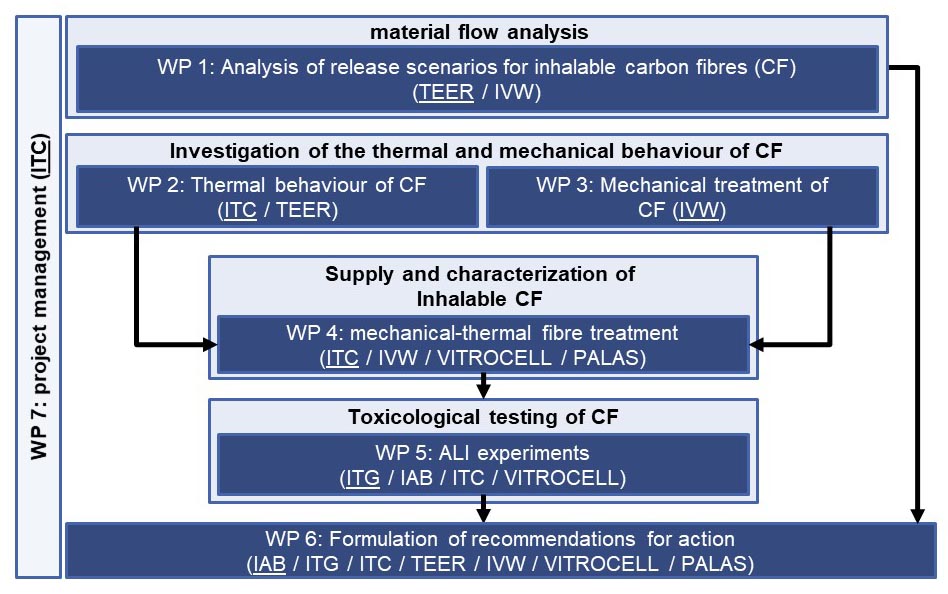 The CarbonFibreCycle project is divided into six scientific work packages (WP). In WP1, a material flow analysis is performed to identify relevant release scenarios of respirable dusts under mechanical or thermal stress of CF/rCF/CFRP-materials. Based on this, investigations under thermal (WP2) and mechanical stress (WP3) are carried out.

In WP4, inhalable aerosols from the mechanical or thermal stress are provided and characterized, which are brought to the air-liquid interface of human lung cells (ALI) in an exposure system. In WP5 lung epithelial, macrophage and fibroblast cell cultures in mono and co-culture will be used for toxicological evaluation and investigation of respirable carbon fibre fragments. The investigations focus on cellular localization, determination of cytotoxicity, preparation of gene expression analyses and determination of inflammatory, fibrotic and genotoxic potential. The toxicological investigations are carried out with the ALI system, i.e. directly on the apical surface of the cells, in order to simulate lung-like conditions.

The aim of WP6 is hazard assessment and risk assessment based on the derived no-effect level (DNEL) and predicted no effect concentration (PNEC).

As a result, recommendations for action are made. By including relevant actors from research, industry, associations and federal offices in an accompanying group, the orientation of the investigations to relevant boundary conditions is ensured.