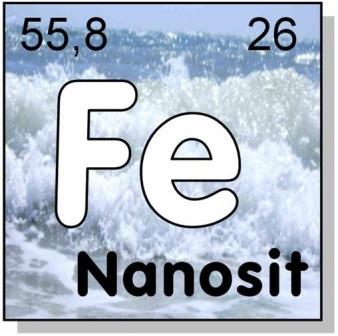 The joint project Fe-Nanosit aimed at the development of catalysts on the basis of iron or iron oxides. The catalysts were further developed to achieve an improved technological application for ground water and wastewater treatment, and the applicability of the method was proven.

With regard to groundwater treatment, a nanomaterial composed of nano iron and charcoal (Carbo-Iron) was further developed. Carbo-Iron accelerates the reduction of harmful chlorinated hydrocarbon compounds(CHC) present in contaminated groundwater. Compared to pure iron nanoparticles, Carbo-Iron showed improved stability in the air, an improvement of injection and transport properties and a higher reactivity towards CHC. 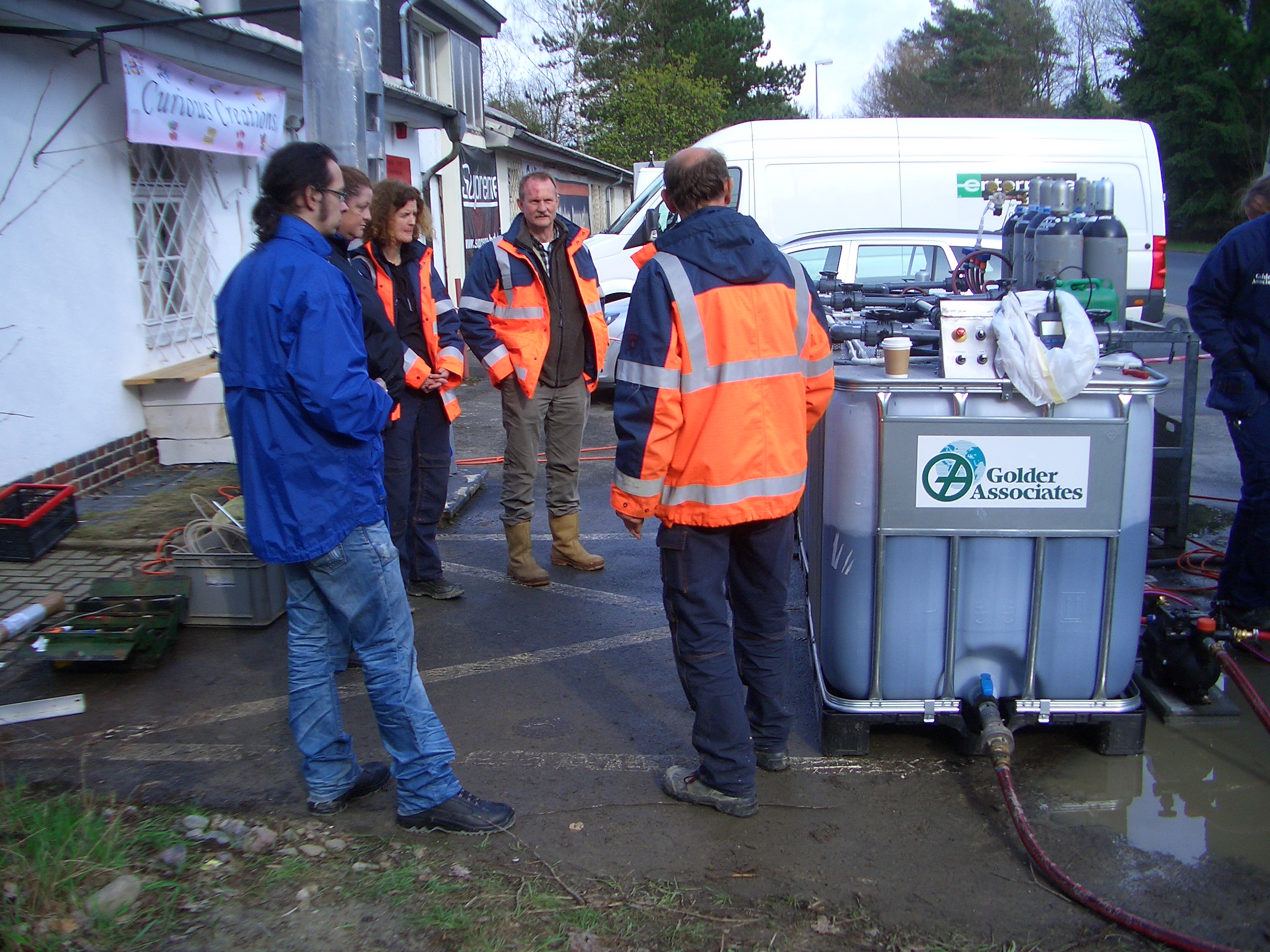 Accordingly, Carbo-Iron was tested for the first time under real environmental conditions on a CHC contaminated site (below a former laundry).

The Carbo-Iron particles were injected into the contaminated groundwater and subsequently, a very effective chemical degradation of chlorinated hydrocarbons over a period of > 2 months was detected by an extensive monitoring. In addition, a further CHC reduction was observed, due to an increased activity of microorganisms in the aquifer. It is assumed that the iron released from the nano-catalystes causes a fertilisation effect, leading to an enhanced growth of microorganisms in the groundwater. This effect is currently being investigated in more detail in subsequent projects. In comparison to the use of pure iron nanoparticles also the formation of the undesired by-product vinyl chloride is prevented.

Within the project, also innovative nano-catalysts for the cleaning of contaminated wastewater should be developed. Here, the magnetic properties of ferrous nanomaterials should be exploited to allow the separation from the wastewater after use. This prevents on one hand the particle release into the environment; on the other hand it is resource friendly, as the nano-catalysts can be used for multiple cleaning cycles. Within the project various highly active materials for both reduction and oxidation processes were selected and further developed.

As a case study, a real waste problem from the formaldehyde industry was chosen. So-called iron-zeolite nano-catalysts showed at pilot scale that a rapid degradation of small contaminant molecules can be achieved even within the neutral pH range.

Since an environmental release of Carbo-Iron particles takes place intentionally and cannot completely rules out for the nano-catalysts for wastewater treatment, possible risks posed by the developed materials to environmental organisms were concomitantly investigated. The ecotoxicological studies showed no effects on various model organisms or effects of nanomaterials only at very high concentrations. Taking into account the stability of the particle suspension, the potential environmental concentrations and the high concentration and toxicity of pollutants to be removed, the environmental hazard of nanomaterials developed in this project was considered to be very low.

All available final scientific reports of the Fe-NANOSIT consortium can be accessed via the TIB Hannover website https://www.tib.eu/en/
Skip to content