NANOMOBIL : Synthetic Silver Nanoparticles in the system Soil-Groundwater – mobility, effects on cohabitation and interaction between hydro-, pedo- and biosphere

Within the framework of the Nanomobil project, long-term effects of silver nanoparticles on a natural biocoenosis of soil organisms were investigated. The study was carried out in so-called terrestrial model ecosystems (TME) under field conditions over a period of one-year comparing silver nanoparticles stabilized with surfactants and polymers as well as silver nitrate. Various soil organisms showed a significant increase in activity (escape behaviour from the soil) in the short term (after 14 d). After 6 months, some species of the collembolans and of the horn mites as well as the associated juveniles were significantly reduced compared to the control. The sensitivity of the collembolans to the two silver nanoparticles’ species was different and some of them reacted more sensitively to the Silver nanoparticles than to silver nitrate. The community of earthworms could only be studied after one year and was not affected by Silver nanoparticles one year after application. 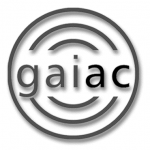