Tungsten carbide is a hard metal and used in wear-resistant ceramics due to its exceptional hardness and stability, e.g. for the manufacturing of nozzles or tools. By adding metals like cobalt, iron or nickel to the tungsten carbide other hard metals are being generated with tungsten carbide-cobalt being one example. 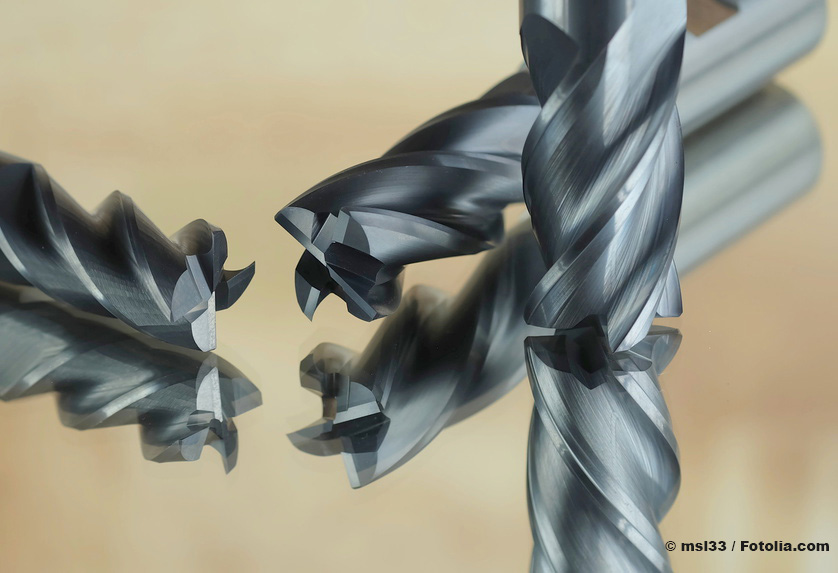 Tungsten carbide is produced in form of powders which are then further processed to form ceramics. Handling of these powders e.g. at the work place can result in dust formation which in turn can be inhaled by the worker. Therefore protection measures are mandatory for workers handling these powder materials at the workplace which include the use of respiratory protection masks and the installation of suction exhaust pipes. Once the tungsten carbide nanoparticles are firmly bound within the final ceramic product there is little chance of direct contact with the material. Likewise no nanoparticles are being released during the daily handling of final products and thus no nanoparticles can enter the human body.

In our everyday life humans and environment are only exposed to very small amounts of tungsten carbide nanoparticles and there is no known danger associated with this material.

Tungsten carbide (WC) is an inorganic non-natural compound composed of tungsten (W) and carbon (C). Mono-tungsten carbide (WC), which is stable at room temperature, is of major technical relevance. WC exhibits a hexagonal structure made of a grid of tungsten and carbon. It’s most striking properties are a high density and a high melting point of 2600°C, a high hardness as well as the metal-like, high values of electric and thermal conductivity. 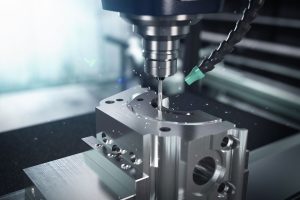 WC is mainly used for the production of hard metals. Hard metals are alloys consisting of tungsten carbide and metals belonging to the iron group, particularly cobalt as plastic metal-binder.

Because WC decays during melting, the production of compact pieces is only possible via sintering (comparable to the burning of clay). Hard metals are used for the production of tools for turning, milling and drilling, as well as cutting and stamping. Furthermore, they are used for wear-resistant parts and reinforcements. By varying the cobalt content and the carbide grain size, important properties such as hardness and ductility can be adapted to the desired specification for its application.

Tungsten carbides do not occur naturally. WC is technically produced by converting powdery tungsten metal or tungsten oxide with carbon black or graphite at temperatures between 1400 °C and 2000 °C in a graphite lined furnace (carbothermic reaction). WC is always produced in powdery form. The particle size depends on the size of the starting material and process conditions. In the traditional production process it can be varied between 100 nm and 100 µm.

Tungsten can be found as tungstenate in tungstenite and scheelite in the earth crust. The tungsten content of these ores is low and mostly below 1 mass per cent. In mediaeval times in the Saxon Ore Mountains, tungstenates contained in tin ores interfered with tin production by “consuming” the tin “like a wolf“, as Georgius Agricola from Freiberg wrote. The by far biggest tungsten deposits are located in China. In Europe, mines in the Russian Federation and in Austria are of major relevance. In the Ore Mountains, there are tungsten ore deposits as well. The worldwide output volume is above 70.000 t/a.

Exposure at the work place is the main contact route for humans, especially for workers in the carbide industry. Workers are exposed to the dusts when handling the powders or grinding workpieces and may inhale particles or absorb them through the skin.

It is known from observational studies on hard metal workers that tungsten carbide (WC) itself is a non-toxic material .

Studies on Living Organisms - in vivo

For the users of tools made of tungsten carbide an exposure to the particles is unlikely, as the sintered workpieces are extraordinary hard and wear-resistant. Hence, new release of particles during usage of drillers or others tools is not relevant.

Studies Outside the Organism - in vitro

Many of the results described here on hard-metal nanoparticles were obtained by INOS, a research project funded by the German Ministry of Education and Research (BMBF).

In in vitro assays, WC neither influenced the metabolic activity of cells, nor damage of the cell membrane or of the DNA was observed . Which genes are influenced by WC particles was investigated on human skin cells. Such genes may give an indication, which functions of an organism may be influenced by particle uptake. WC particles did not induce any specific response .

Tungsten carbide (WC) is a non-naturally occurring compound, that is technically produced from tungsten ores. Modern hard metal facilities are equipped with filter systems, which strongly reduce the release of airborne particles. The waste is collected and recycled or deposited as hazardous waste. Another way of release are accidents e.g. during powder transport, however, up to now such accidences have not been reported.

Exposure at the work place is the main contact route for humans, especially for workers in the carbide industry. Workers are exposed to the dusts when handling the powders or grinding workpieces and may inhale particles or absorb them through the skin.

Uptake via the Lung - Inhalation

Tungsten carbide (WC) particles can enter the body via breathing . Incorporation is followed by an enhanced level of tungsten in the blood and in the urine. Results obtained by in vitro assays indicate an uptake of nano-sized WC particles into lung cells. WC nanoparticles were never detected in the cell nuclei .

Uptake via the Skin - Dermal Uptake

To which extent tungsten carbide (WC) nanoparticles are taken up via the intact skin is not investigated so far. Results obtained by in vitro assays indicate an uptake of nano-sized WC particles into cultured skin cells. WC nanoparticles were never detected in the cell nuclei .

Uptake via the Gastro-Intestinal Tract

Results obtained by in vitro assays indicate an uptake of nano-sized WC particles into cells of the large intestine. WC nanoparticles were never detected in the cell nuclei .

As exposure to tungsten carbide (WC) nanoparticles mainly occurs occupationally there are only few investigations available regarding effects on environmental organisms . To date, there are no data available on the effects of WC nanoparticles towards additional test organisms, such as algae or bacteria.

Tungsten carbide absorbed into the body can be detected in the blood and is excreted in the urine.

For hard metal particles investigations on micro-sized particles have been conducted for comparison. According to investigations conducted up to now, the assumption of differing modes of actions of nanoparticles compared to micro-sized material due to their small size has not been confirmed. WC particles are chemical inert and not toxic, however, precautionary occupational exposure should be minimised and suitable protection clothes should be used.

To date, it is not known which uptake mechanisms are exactly used by cells to incorporate tungsten carbide (WC) nanoparticles. Micro-scale WC particles were observed in macrophages and nano-scale particles in different vertebrate cell lines  .

To date, there are no data available regarding the environmental behaviour of tungsten carbide nanoparticles.