The textile industry is one of the most important industries for consumer goods worldwide generating textiles for clothing, household goods, furnishing and technical purposes. Like other chemical processes and technologies, nanomaterials are used to add or improve different functionalities of the textiles. These materials could have an adverse effect on humans and environment. Proper selection of nanomaterials and their careful integration in the fabric will help to reduce these possible impacts. 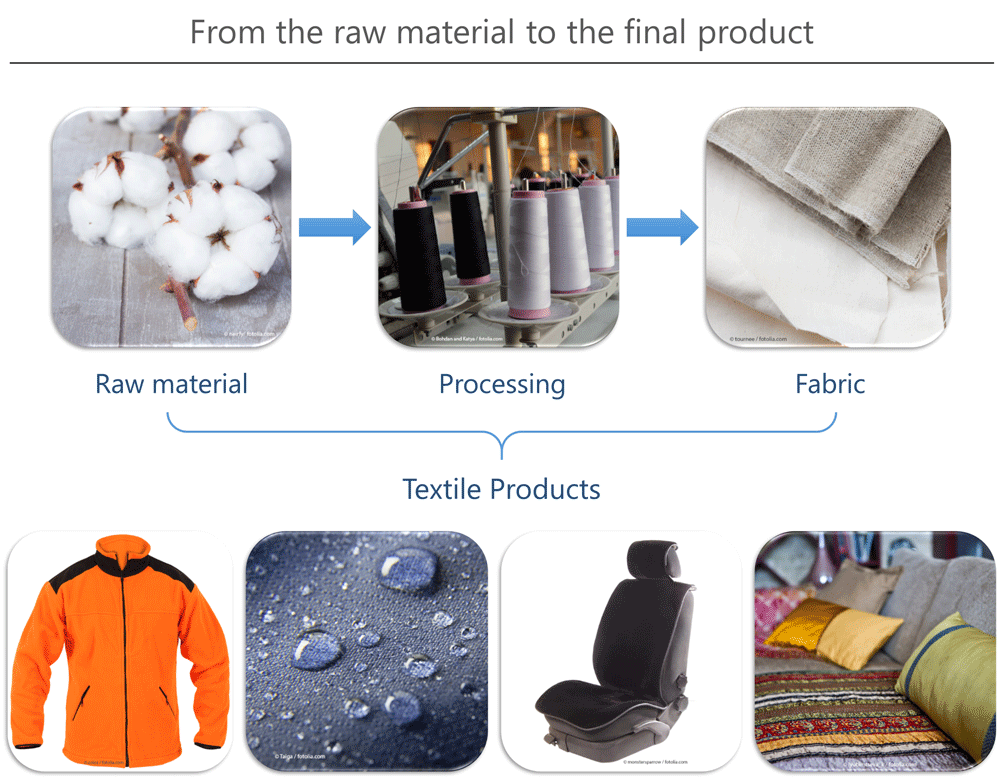 Textiles are made of fibres, which are technically defined as long and very thin objects with a “length of at least 100-times its diameter, with a structure of long chain molecules having a definite preferred orientation, with a diameter of 10-200 microns and with flexibility”[2,3].

Chemical alterations can change the fabrics’ characteristics, like colouring, and improve or even add new functionalities by new technologies and processes including nanomaterials. Smart textiles are a huge research topic at the moment and they can be equipped with electronics and sensors for multiple purposes.

Nanomaterials are expected to either improve the existing properties or bring new functionalities to textiles such as dirt and water repellence, breathability, UV protection, conductive and antistatic properties, wear and wrinkle resistance or resistance to stains, bacteria or fungi [4,5]. The table shows the potential functional benefits by integrating nanomaterials into textiles.

Nanomaterials can be added to the textiles either during the fibre production or during the finishing, meaning being directly applied to the fibre surface or incorporated into fibre coatings (e.g. polymers). They can be applied as single, agglomerated (weakly bound) or aggregated (strongly bound) nanoparticles of different shapes or as part of a coating. It is also possible to produce nanotextiles without nanomaterials by creating nano-sized porosity in the textile’s structure [7]. 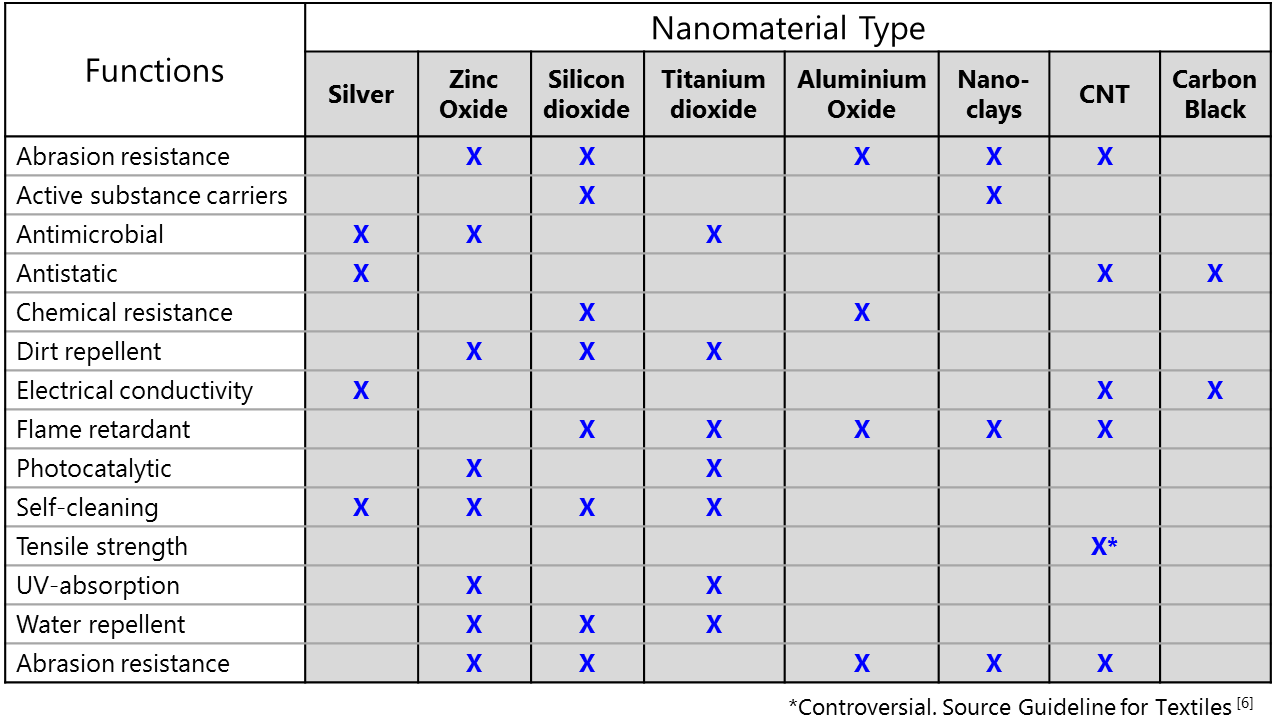 Overview of engineered nanomaterials, which may be integrated into textiles and the expected benefits.

Effects of nanomaterials in textiles

Nano titanium dioxide is currently used in textiles for UV protection and researchers are looking into its applicability for antibacterial purposes by combining nano titanium dioxide with nano silver. Such equipped textiles should be able to attack microorganisms, degrade organic pollutants and neutralise bad odours. Once a reliable and stable integration of the nanomaterials in the fabric is achieved, they are known as “self-cleaning” fabrics [8].

In textiles, silver can be applied in form of silver salts (e.g. silver chloride), nanoparticles or nanoscale coating on the surface of the fibres. It reduces bacterial growth on the textile (clothing, household, and furnishing) by releasing silver ions, which are active on the fibre surface. Nano-enhanced silver textiles usually contain substantially less amounts of silver compared to conventional textiles for the same biocidal effects. However, in many cases of textiles with advertised “nano silver”, no silver could be detected with the current analytical techniques [8,9,10].

Currently, zinc oxide nanoparticles and nano-rods are being investigated due to their antibacterial activity and UV protection. Coating cotton fabric with zinc oxide nano-rods creates textiles with “super hydrophobic properties” (i.e. water-repellence) and using zinc oxide nanowires helps to produce electricity, which is generated when the nanowires are rubbing against each other through the movement of the textile [8]. 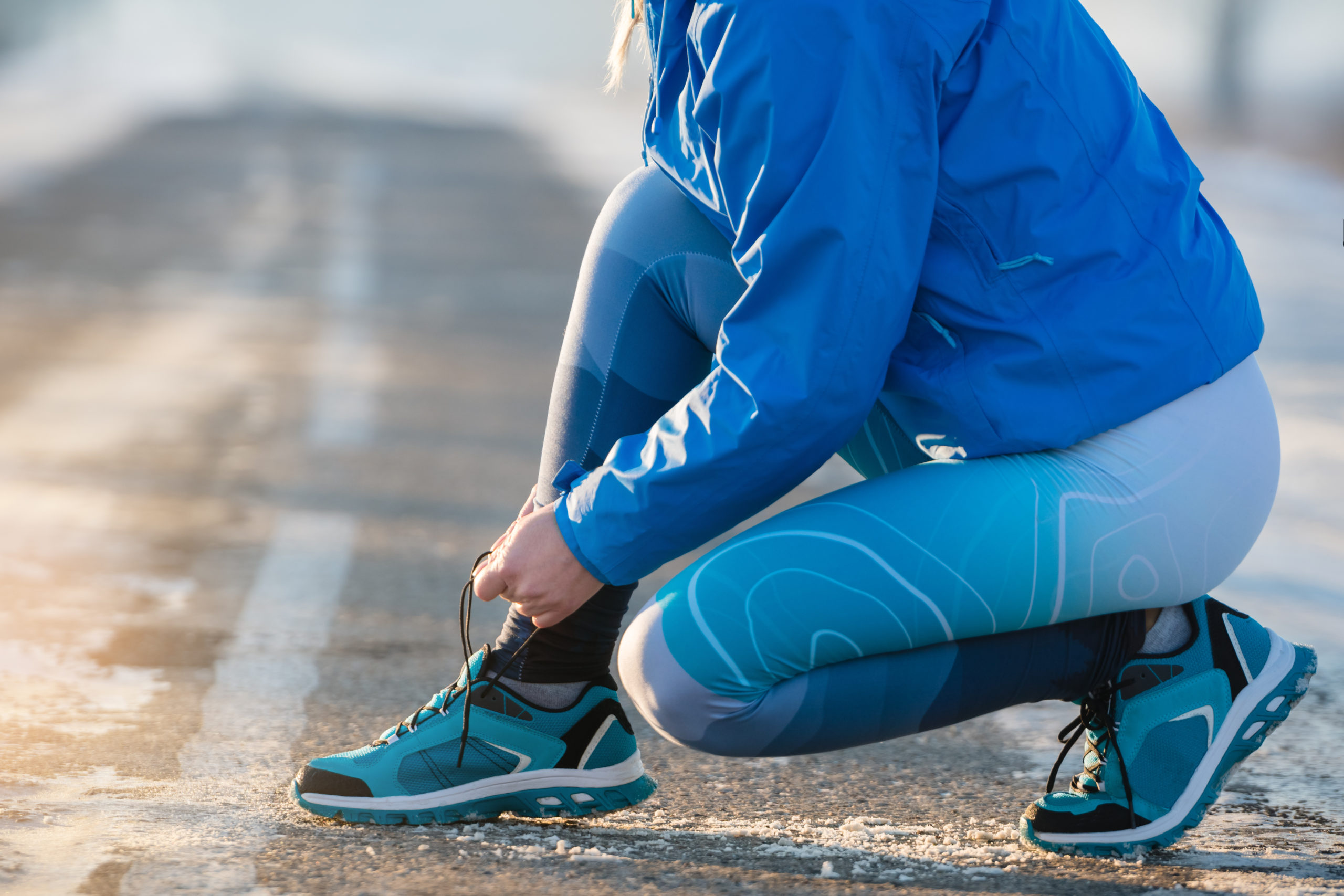 Washing of nano-enhanced textiles is a major point of release for nanomaterials, and the released amount strongly depends on how stable the nanomaterials were integrated into the textiles [11,12,13]. The wastewater containing nanomaterials is then transported to a wastewater treatment plant. Here nanomaterials are either eliminated from the water ending up in the sewage sludge or if the removal was not sufficient, they can reach natural waters [5]. These findings were supported by the results from the German project UMSICHT, which analysed the behaviour, release, fate and environmental impact of nano silver from textiles. Other studies revealed that textiles treated with “conventional” (non-nano) silver have equal or greater propensity to form nano silver particles during washing than those treated with “nano” silver [12].

A potential exposure scenario for humans is the release of nanomaterials from textiles into human sweat. However, a modelling study determined that the dermal exposure to e.g. nano titanium dioxide from textiles plays only a minor role in the total human exposure to that nanomaterial. Silver textiles mostly release silver ions and to a minor degree particulate silver into the sweat, which means that nanotextiles pose no additional threat compared to conventional silver textiles, but it could be a noteworthy pathway for human exposure to (nano)silver [14,10,15].

The Swiss project NanoSafe Textiles assessed trends of current and future applications of synthetic nanoparticles in textiles and evaluated their opportunities and risks for the environment and humans. The generated guidelines and recommendations support the textile industry by identifying sustainable paths to produce safe nano-enhanced textiles, which at the same time help to avoid a potential release of nanoparticles from textiles to the environment and to minimise misinvestments [6,5,11,9].

Additionally, replacing conventional materials with nanomaterials can help reduce their environmental or health-related impact as well as reduce the environmental burden. Less material is needed to achieve the same results and the higher textile performance helps to reduce the washing frequency so that less energy and water is being consumed [16].

Nanotextiles can offer many useful advantages to the consumers but these benefits need to be carefully evaluated together with potential risks over the complete products’ life cycle and also compared to conventional products in order to obtain safe and sustainable nanotextiles.