Platinum is a rare precious metal that is used for the manufacturing of jewellery, automotive catalysts, laboratory equipment, dental implants and also as contact material for electrical conductance and as therapeutic agent in medicine. It is even more valuable than gold (due to its rareness) although it looks quite ordinary with its silver colouring. 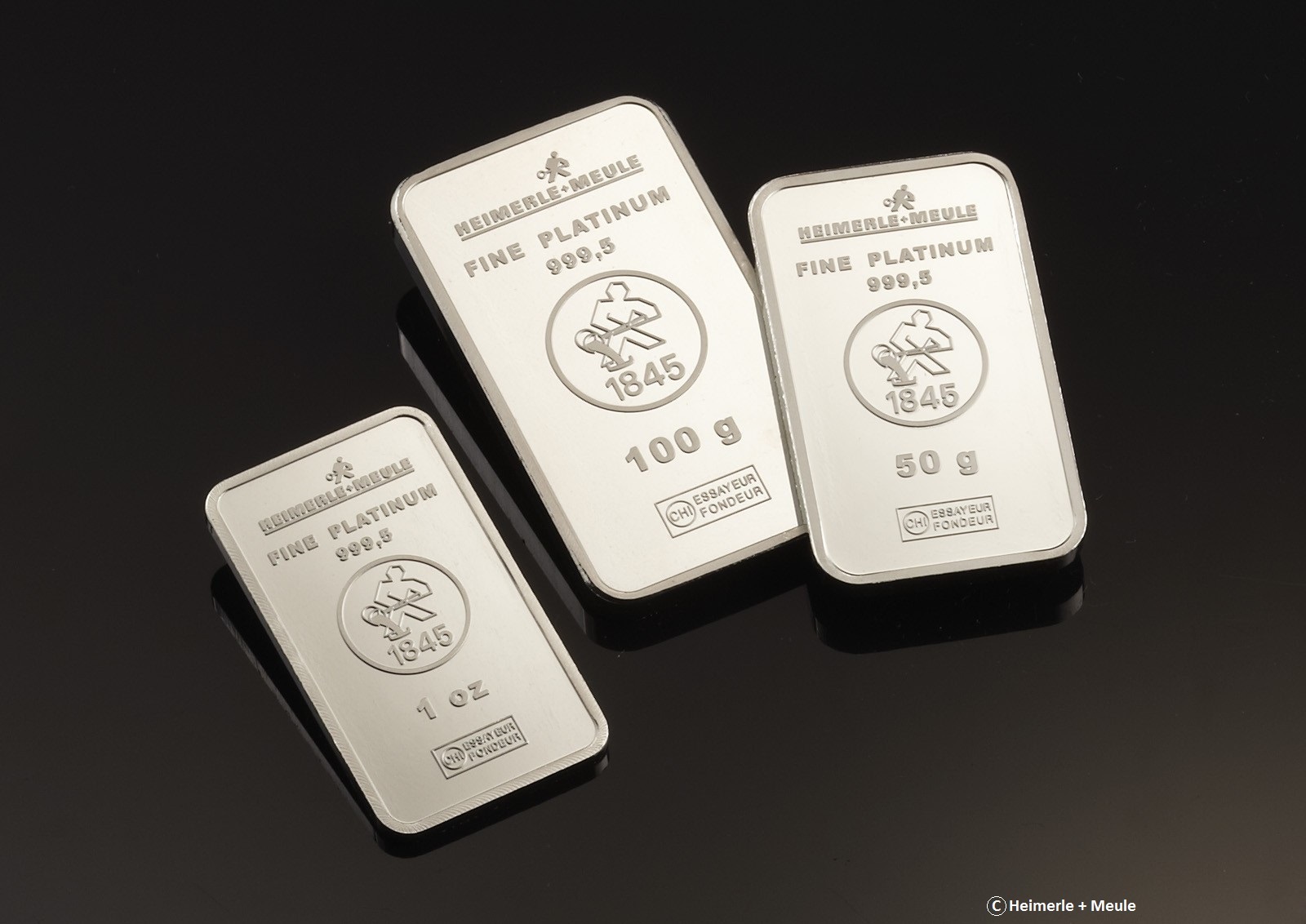 Wearing of platinum jewellery is unproblematic. Platinum particles are used in many technical applications e.g. for the manufacturing of electrical switch contacts, heat conductors or thermocouples. Due to its high melting temperature and corrosion resistance it is also applied in the construction of medical and technical devices. But for all these cases there is a limited chance for direct contact with free platinum particles. 60% of the global demand for platinum is used for automotive catalysts. Since small amounts of the catalyst are being released into the exhaust stream, there is the possibility for inadvertent respiratory contact with platinum nanoparticles by inhalation of car exhaust fumes.
Cancer treatment (Chemotherapy) makes use of a specific platinum complex called Cisplatin or cis-platinum that acts toxic for both normal and cancerous cells.

It is possible that very small platinum particles (originating e.g. from car exhaust fumes) can be taken into the body during breathing in. These particles could then – to a certain extend – migrate from the lungs via the bloodstream to the liver where they do not cause any significant damage. In general platinum nanoparticles are considered to be non-toxic. The platinum-containing anti-cancer drug Cisplatin however offers desired toxic properties by disturbing the growth of fast growing cancer cells but affecting healthy cells as well.

In everyday life, there is little chance of humans or the environment to be exposed to platinum nanoparticles. 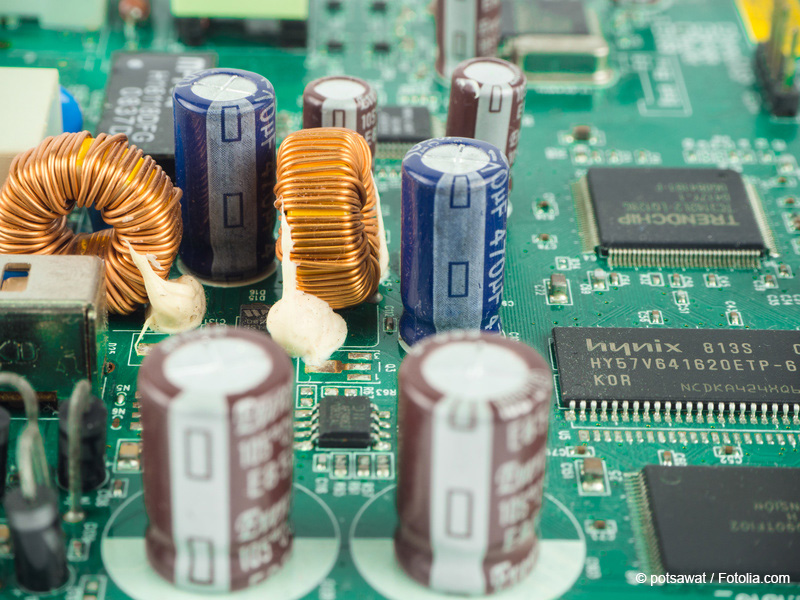 Platinum is a very corrosion-resistant precious metal that is used for manufacture of jewelry, automobile catalysts, laboratory equipment, dental implants, and materials for electrical contacts. Platinum in the form of wires, metal sheets or tubes is processed for manufacture of electrical switching contacts, heating elements or thermocouples. Due to its high melting temperature and corrosion resistance it is used for fabricating medical and technical appliances such as dishes, crucibles, wires or metal sheets. Jewelry platinum, the second most important sales market for platinum, consists of 96% platinum with 4% copper or sometimes 90% platinum with 10% palladium alloys and is most often used for manufacture of clockworks and jewelry mountings. Besides, platinum is also used in medicine. Cancer therapy mainly uses cis-platinum (diammine-dichloro-platinum; DDP, a complex-bound platinum atom). Like all cancer drugs, Cis-Platin has a toxic effect also on healthy cells.

Besides, it does not form oxide or sulfide surface layers as, for example, sterling cutlery or silver jewelry after a certain time. The chemical behavior of platinum is contradictory: On the one hand, it behaves like a precious metal that cannot be destroyed by most of the simple chemicals, on the other hand, it may be highly reactive, for example if particles are very small. At high temperatures, platinum is extremely durable.

For all these reasons, platinum is of interest mainly to industrial applications. With almost 60% of the worldwide platinum demand, emphasis is on the use of platinum nanoparticles in catalytic converters. In today’s widespread three-way catalytic converters, platinum converts carbon monoxide into carbon dioxide, hydrocarbons into carbon dioxide, and nitric oxides into nitrogen. In addition, the catalytic properties of platinum nanoparticles are used for nitric acid manufacture and numerous other processes e.g., production of fuel cells with nano platinum as electrode material.

Platinum is not self-igniting. The mixture of platinum with air (dust) is also non-flammable under the influence of an ignition source, so there is no possibility of adust explosion.

Platinum, which occurs in the pure metallic form in nature, is hardly mined anymore. There are some mines left in South Africa which with an annual output of 150 tons is the by-far largest producer. Further mines are found in Russia (25 t/year) and Canada (8 t/year). Production of the non-ferrous metals copper and nickel leaves platinum group metals (palladium, rhodium, iridium, osmium, ruthenium) as by-products and, thus, is yet another major source for platinum. Since these five metals have a very similar chemical behavior, separation is a rather difficult process. Mostly, the different solubilities of platinum salts are used in different solvents (solvent extraction). Relatively pure platinum which occurs in the form of nanoscale powder or platinum sponge is obtained by simple heating.

Platinum nanoparticles in various forms do not cause noticeable effects and are not very toxic.

Studies with rats and mice did not show toxic effects of platinum nanoparticles after inhalation when compared to carbon black particles or ultrafine dust particles [1]. A very small fraction of the inhaled particles could be found in the liver indicating that these very small particles (Ø 18nm) can penetrate through the lung tissue into the bloodstream and are then transported to the liver.

Studies Outside the Body – in vitro

Even in very high concentrations platinum particles show no toxic effects in cell culture experiments [1]. Moreover, the induction of inflammatory processes is diminutive. However, it is speculated that platinum particles may dissolve very slowly in aqueous suspensions and hence the biological effects of solved ions is of great interest.

Many studies have demonstrated that such ions may be toxic by their interaction with the DNA of the cells increasing the cell damage by such a mechanism. By testing different platinum salts it could be shown that platinum ions start to be critical for lung cells from a concentration of about 10µmol/L [2]. A very important study with platinum nanoparticles of different sizes has demonstrated that these will be taken up by the cells without having a cytotoxic effect. These particles do not get into the cell nucleus but induce a statistical significant increase in DNA strand breaks when applied in high amounts [3]. The DNA damage indicates clearly that platinum ions can be dissolved from the nanoparticles and bind to the DNA inducing the strand breaks. Overall the existing studies demonstrate no severe effects by the platinum nanoparticles itself but confirm the hypothesis that dissolved platinum ions induce the adverse effects in cell culture when nanoparticles are applied in very high doses.

The use of inert noble metals especially for implants is under inetense investigation. The experiments concentrate on the effects of silver, platinum and their alloys compared to the dissolved metal ions. Whereas the platinum salts exhibit a strong toxic effect the alloys do not show such a toxicity, on the contrary the cells grow faster when treated with these particles [4]. The particles have been coated with protein molecules for a better biocompatibility, as these materials will be mainly used for dental implants.

Specifically produced particles consisting out of diamond mixed with gold or platinum, the so-called nano-jewels, have been identified to be anti-oxidative. These particles have been taken up by the treated cells but induce no toxic effect [5].

There are no data available regarding environmental exposure with platinum nanoparticles.

Platinum nanoparticles can be taken up into the body by inhalation. They behave like particles of the same size from other materials or ultra-fine dust. Compared to toxicologically questionable materials, however, they cause relatively minor effects.

Uptake via the Lung – Inhalation

Rights Studies with rats and mice did not show toxic effects of platinum nanoparticles after inhalation when compared to black carbon or ultrafine dust particles [1]. A very small fraction of the inhaled particles could be found in the liver indicating that these very small particles (Ø 18 nm) can penetrate through the lung tissue into the bloodstream and are then transported to the liver.

Overall, there are few reliable data available on the intake and the risk posed by platinum nanoparticles to environmental organisms.

It is known that different microorganisms are capable of producing nanoparticles directly from platinum salts [1]. As part of the INOS project a low toxicity of platinum nanoparticles towards gill cells of rainbow trout was found [2]. However, the platinum particles used herein were only poorly characterised [2]. In particular, there was no reliable information on the concentration, and impurities in the platinum particles suspension. Exposure to platinum nanoparticles slowed down the heartbeat of zebrafish embryos and led to a delayed hatching of fish from the eggs [3]. This may indicate a retarded embryonic development.

In summary, platinum nanoparticles have not yet been studied extensively enough to carry out an evaluation of their effect on environmental organisms. However, there are preliminary indications that they might cause negative effects on organisms.

The effect of platinum nanoparticles has hardly been studied. Organic platinum compounds are used as anti-tumor drugs.

Organic platinum compounds, especially Cisplatin, are cancer therapeutics (cytostatic drugs). The Cisplatin complex binds to DNA and crosslinks DNA strands thereby damaging and killing the fast growing cancer cells. However, Cisplatin has a number side-effects that limits its use. Very important are the nephrotoxic and the neurotoxic side-effects. Cisplatin is non-particulate and in its trans-form much less active [1].

To date, no data regarding the environmental behaviour of platinum nanoparticles are available .

{4274171:4LQI7FMX} default asc no 6656
1.
DaNa (2022-2) *****CURRENTLY UNDER CONSTRUCTION*****The Presentation of the Evaluated Literature of This Material Is Currently Being Revised. The Sources Used Can Be Found in the Respective Text Sections Above.
Titanium Nitride
Tungsten Carbide
Zeolites
Carbon Black
Skip to content