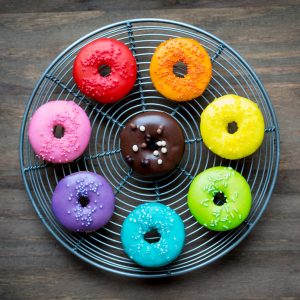 E numbers describe food additives. The leading letter E is derived from EU, where these additives are approved. They are divided into groups so that successive E numbers belong to the same group, e.g. antioxidants, thickeners, acidifiers, emulsifiers, stabilizers, flavour enhancers or moisturizers. E numbers are usually three or four digits long, e.g. E 300 for ascorbic acid (vitamin C). Some also have a letter at the end, e.g. E 160d for lycopene, the red dye from tomatoes. An E number does not necessarily have to represent just one chemical substance, e.g. E 901 is the name given to beeswax, which is made up of many natural components.

If a food additive has an E number, it is approved for use in food throughout the EU. In some cases, the approval is valid up to a defined amount, more of this substance may not be used in a product. Not all substances that are approved under food law have E numbers, e.g. aluminium oxide as approved filler does not have an E number.

Further information on food additives can be found in the cross cutting article “Nanomaterials in Food“.

Regarding the materials on the nanoobjects.info website, the following food additives are relevant:

It should again be pointed out that dyeing with such inorganic dyes is based on micro-scale particles.

By the way: E 605, which plays a role in many crime novels and is also called “Schwiegermuttergift” (“mother-in-law poison”) in Germany , is, as you might already suspect, not a food additive but a plant protection agent (insecticide) called parathion. The label E 605 has nothing to do with the E numbers of the food additives, but can be misinterpreted as such; in fact, it is a numbering from a laboratory journal. 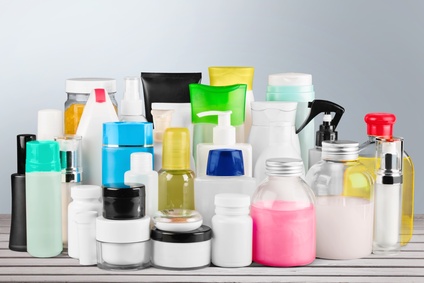 CI stands for Colour Index, a term used in cosmetics, among other areas. CI numbers describe substances or mixtures of substances.

While the CI number describes substances or mixtures of substances which are intended to achieve certain colour shades, the INCI name (International Nomenclature of Cosmetic Ingredients) is a general term for cosmetic additives. If a substance has a CI number or an INCI name, it is approved for use in cosmetics. On the packaging of commercially available cosmetics, the additives should be listed in a sequence so that the additive which makes up the largest (mass) proportion appears first in the list. This may or may not be a substance with CI number/INCI name. Very often water (lat. aqua) is the main ingredient. CI numbers usually have six digits, INCI names can consist of numbers, but also of descriptive names [1,2].

By the way: If nanomaterials are used as cosmetic additives, this must be indicated by the word “nano” in brackets after the respective INCI designation.

The most comprehensive numbering of substances is achieved by using the so-called CAS Registry Number. CAS stands for Chemical Abstracts Service, an initiative of the American Chemical Society. The Registry system established by CAS tries to catalogue as many chemicals as possible. In August 2020, the CAS website informs that 164 million chemical substances are registered in the CAS registry [3, 4]. Every chemical that is introduced to the global market has such a CAS number and when a chemist searches for a substance, it is usually done via the CAS number. Due to the almost infinite number of possible chemical compounds, the range of CAS numbers is also huge.

The substances covered on this website are listed in the following table with their E, CI and CAS numbers. If no number is given for a substance in the relevant column, the substance is not approved for use in that category. For example, there is no E number for tungsten because tungsten is not and must not be used in food. Depending on the field of application of a substance, it can be found either with an E number, CI number or CAS number, but in chemical terms it may be the same substance. 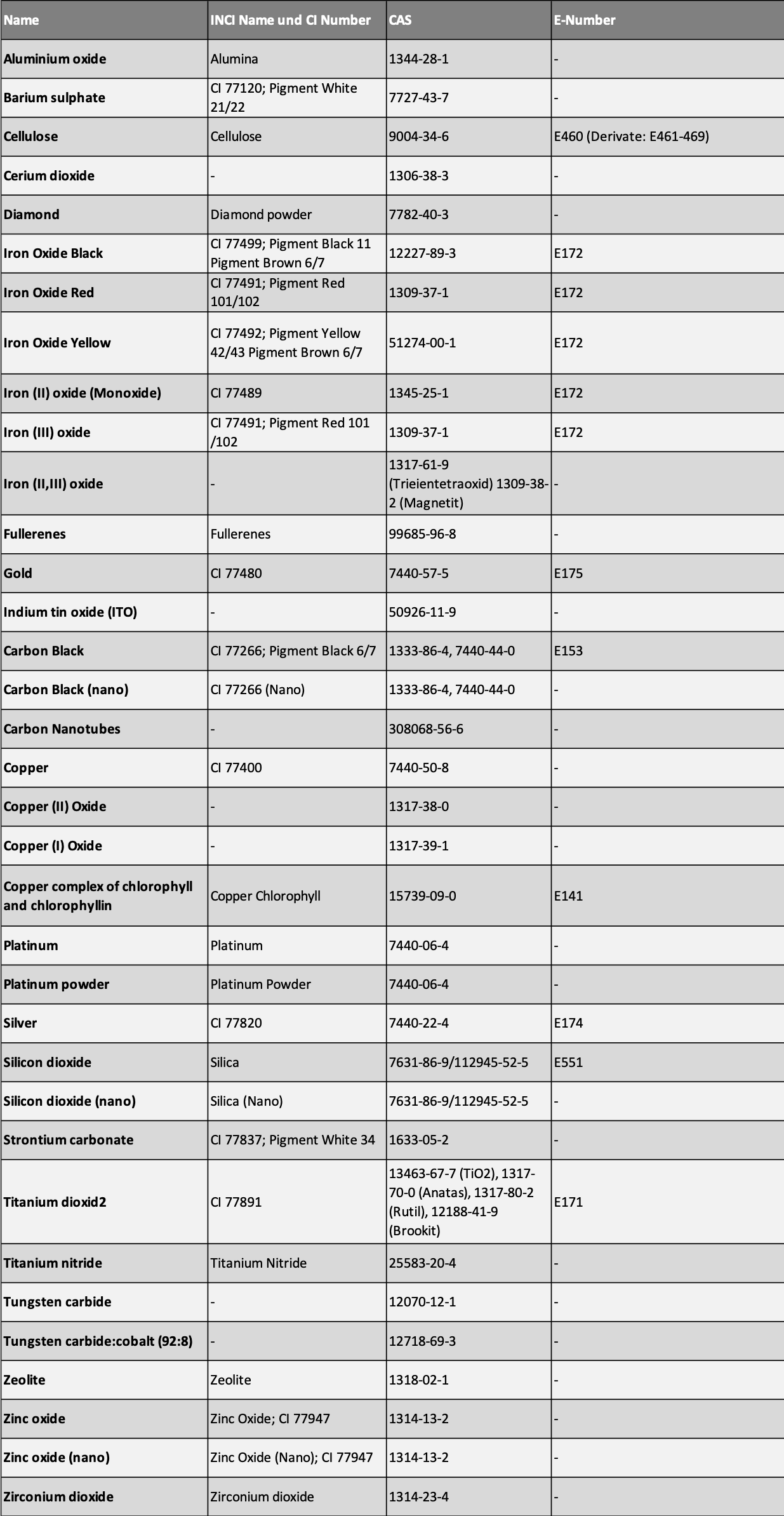