> Spotlight October 2021: Nanopesticides – a proposal for a risk assessment framework

The application of so-called “nanopesticides” (see also cross-sectional text Nanomaterials in plant protection products) is said to have two basic advantages: a smaller amount of pesticide is needed for the same agricultural area and the efficacy is improved. This is necessary to grow enough food for a still growing world population. However, this could also entail increased risks for humans and the environment if, for example, these substances could be absorbed significantly better by crops, thus increasing their concentration in food, and/or that they could be absorbed better by humans or livestock, thus contributing to increased body burden.

To this end, an international group of scientists has considered and established a tiered approach to assess the risks to human health (Kah et al., 2021). Taking into account existing guidance documents and regulations (e.g., OECD guidelines), a strategy was developed on how a sustainable use of new nanopesticides could be enabled while considering safety-related issues. Two general principles were distinguished: first, the possibility of using nanoscale packages to deliver the active ingredients (so-called “nanocarriers”), and second, nanometer-sized active agent, such as metals or metal oxides that deliver active ions (e.g., silver or copper), with the nanoparticles usually delivered by protective sheaths made of polymers. For both variants, the critical steps for potential human exposure were identified (active ingredient preparation, field application, and postharvest exposure through food ingestion) and ways to investigate possible toxic effects that may be triggered.

The model shown here consists of 6 steps necessary to holistically describe nanopesticides and their health effects. In addition, the group further highlights important knowledge gaps that should be addressed in the near future. 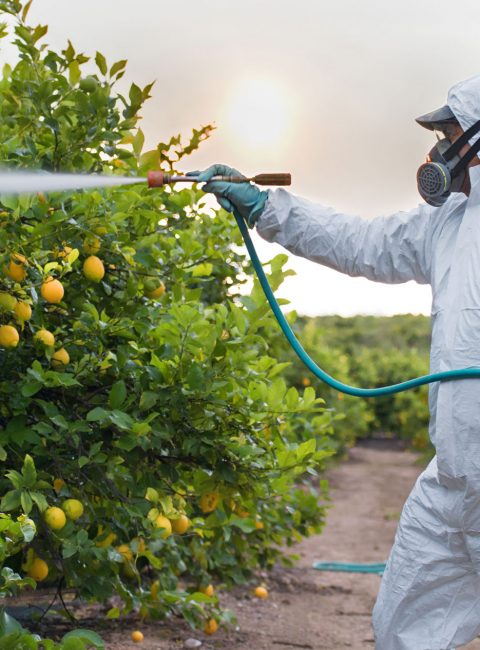 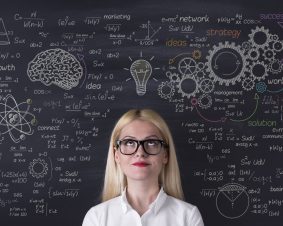 In recent decades, German research on nanomaterials and new, innovative materials has been widely expanded by material safety aspects. European initiatives also pay significant attention to this: both the European Union (EU) Green Deal, and the Chemicals Strategy for Sustainability (CSS) aim to create a sustainable, climate-neutral economy with sustainable and safe chemicals and products, […] 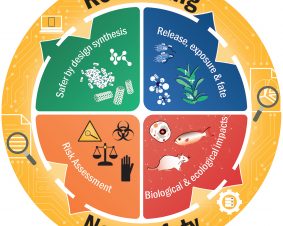 Nanosafety is more than just a compulsory aspect of nanomaterials research and regulation. This research area also has great potential to drive new innovations. It is exactly this perspective that is addressed in the special issue “Rethinking Nanosafety: Harnessing Progress and Driving Innovation” by Chen et al. 2020. The article illustrates that especially in the field of […]

Spotlight February 2022: Probabilistic risk assessment – the keystone for the future of toxicology 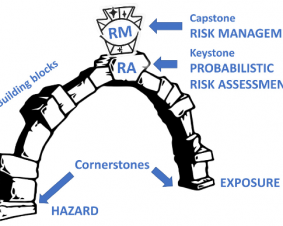 The basics of toxicology are constantly being reconsidered, and the approach to risk assessment is therefore constantly being put to the test, because, as William Osler is cited in this publication, “Medicine (toxicology) is a science of uncertainty and an art of probability“. In this recent paper, the team around Thomas Hartung (Johns-Hopkins University/University of […]